The backwaters of Kuttanad

Your cruise through the backwaters of Kuttanad travels through a shimmering labyrinth of waterways composed of lakes, canals, rivers and rivulets, an ecosystem that is composed of freshwater from rivers that mingles with seawater flowing inland at high tide. Fringed by palm trees beside canals, unique species of aquatic life including crabs, frogs, mudskippers and water birds such as Terns, Kingfishers, Darters, Cormorants besides Otters and Turtles live here.

The presence of water all around has meant that the people of the region have had to resort to boats of indigenous design. The wood used in the construction of these boats is derived from the ‘Anjili’ tree (Artocarpus hirsuta). The hull of the canoe is first constructed with a series of wooden planks, cut in lengths, carved and tied together using coir with coconut fiber in between. They are then held fast with knotted coir (not a single nail is used). The hull is later coated with a resin extracted from boiled cashew kernels. A Floohoo boat contains a crew of three – A helmsman, a cook and an assistant. The chef on board a Floohoo boat will serve both vegetarian and non-vegetarian traditional Kerala cuisine. Non-vegetarian dishes contain fish and chicken. 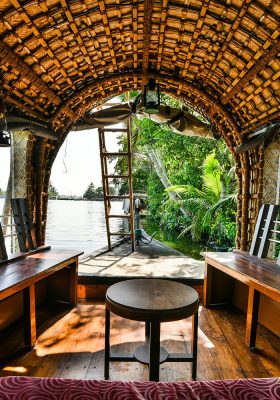 We offer you the best Kerala Day Cruise... 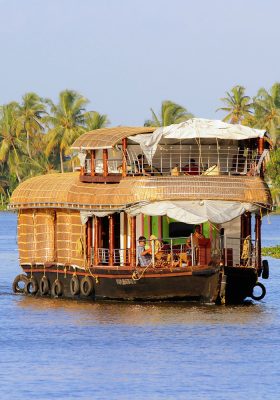 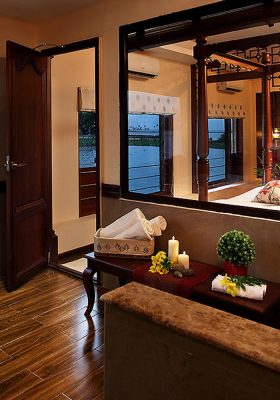