The Kingdom of Bhutan is a small landlocked country located in the southern foothills of the Himalayan mountain range, sandwiched between the People's Republic of China in the north and the Republic of India in the south.

The Bhutanese pride themselves on a sustainable approach to tourism in line with the philosophy of Gross National Happiness. Bhutan holds many surprises. This is a country where the rice is red and where chillies aren't just a seasoning but the main dish. It's also a deeply Buddhist land, where monks check their smartphones after performing a divination, and where giant protective penises are painted beside the entrance to many houses. Yet while it visibly protects its Buddhist traditions, Bhutan is not a museum. You will find the Bhutanese well educated, fun loving and well informed about the world around them. It's this blending of the ancient and modern that makes Bhutan endlessly fascinating.
Amazing Himalayan landscape, where snow-capped peaks rise above shadowy gorges cloaked in primeval forests. Taking up prime positions in this picture-book landscape are the majestic fortress-like dzongs and monasteries. This unique architecture sets the stage for spectacular tsechus (dance festivals) attended by an almost medieval-looking audience.

The textiles and handicrafts, outrageous archery competitions, high-altitude trekking trails and superb birding across a chain of national parks and stunning flora and fauna…Bhutan offers one of the last pristine pockets in the entire Himalaya. 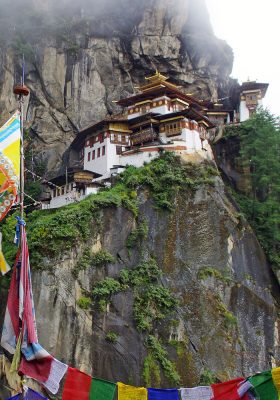 Beauty of Spring in Bhutan 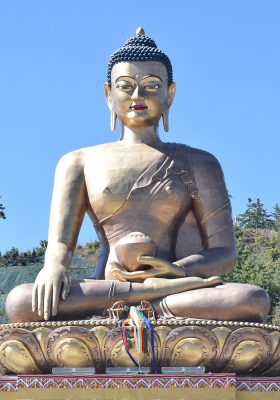 In pursuit of Happiness in Bhutan