We offer you the best Karnataka Tour Packages. Book Karnataka Holiday Packages from a wide range of tour packages based on your interests. Karnataka is a delightful treasure trove of history and serendipity. Civilizations have flourished here through the regions rather turbulent history, and time has wrought its magic on its geography – soaring mountains that descend with grace towards the ocean along its western coast, dense, primal forests with a fascinating variety of flora and fauna, ancient architecture, both temples and grandiose forts, hewn by successions of monarchical dynasties, entire cities in ruins, where battles were lost and won. Karnataka, besides the friendly people that live in the state, is a fascinating travel destination. The northern regions of the state are a part of the southern end of the Deccan Plateau, a mostly rocky landscape strewn with grandiose Indo-Sarcenic architecture, gradually yields to an increasingly salubrious environment as one moves south, past the Tungabhadra River. The landscape here is nourished by the Cauvery River and a traveller will find en route towns that are growing into urban townships, most with histories of antiquity, until one arrives in Bangalore, euphemistically referred to as the ‘Silicon Valley’ of India, a chaotic metropolis that is replete with evidences of its ancient history, a city that also contains a delightful cultural amalgam and a cosmopolitan population. Travel further south and one will discover the lush forests and plantations of Southern Karnataka and exquisite religious architecture. Swing west and explore the gorgeous beaches that stretch along most of the state’s western fringe. Travel further south, to Karnataka’s border with Kerala, immerse yourself in the ancient martial culture of Kodagu(Coorg), its fragrant coffee plantations, its historical monuments. Often in the pall of India’s more famous destinations, nevertheless Karnataka is, as a slogan goes, ‘the world’s best kept secret’. 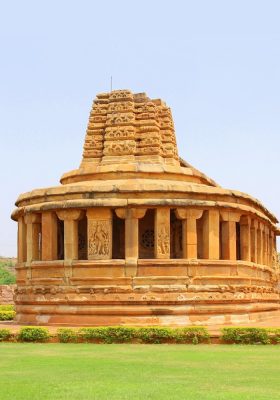 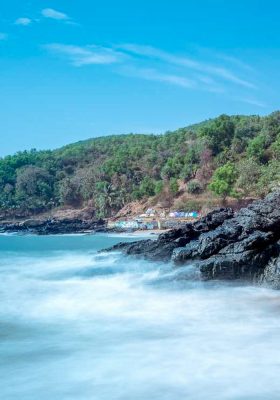 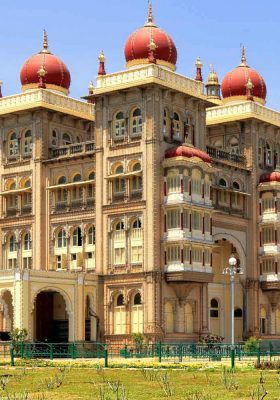 Best of Karnataka with Goa 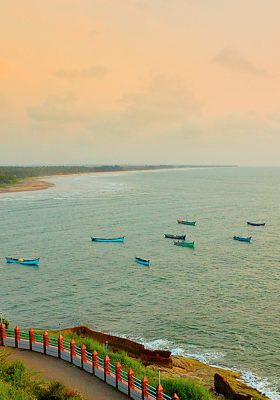